Work in the vineyard, pruning

Work in the vineyard, pruning 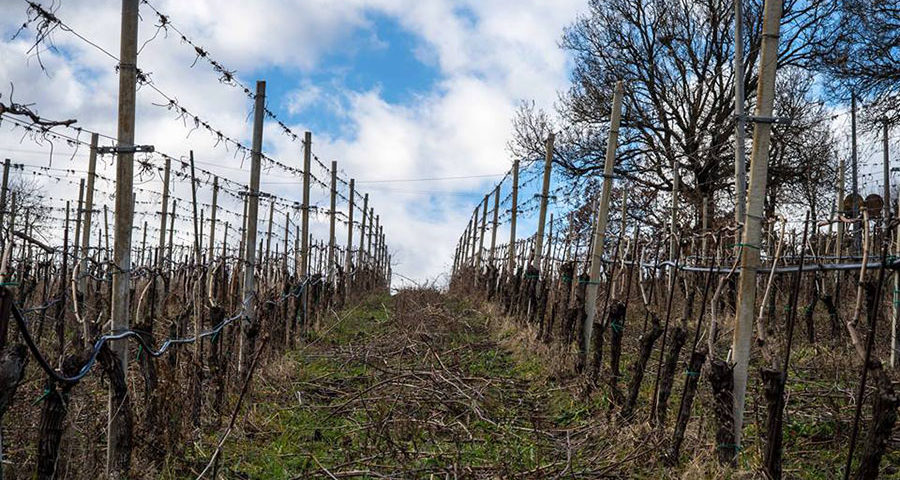 After the show of autumn colors, the vineyard in winter does not give its best, the naked and shrunken shoots draw abstract graffiti in the air, while the plant, thanks to the winter cold, finally rests. January this year brought us the snow, a white blanket that, however bothersome, has the power to make the landscape magical. This was also true in the vineyard.

But the snow then melted, slowly the temperatures began to rise, and the work in the vineyard can no longer be postponed: “it’s time to prune”. Winter pruning gives the vineyard a neat appearance. This is the first and most important step towards the future harvest.
Skilled hands, expert men, caress the branches and expertly decide what will happen in the vineyard in the months to come.

The pruning by us is done entirely by hand, first on the late vines and then on the early ones, first in the warmer areas and then at the points where the risk of spring frost is higher. Nothing is left to chance, there is a correlation between the date of pruning and that of the shoot, the length of the shoot and the quantity of grapes produced.

Here are our winemakers at work. 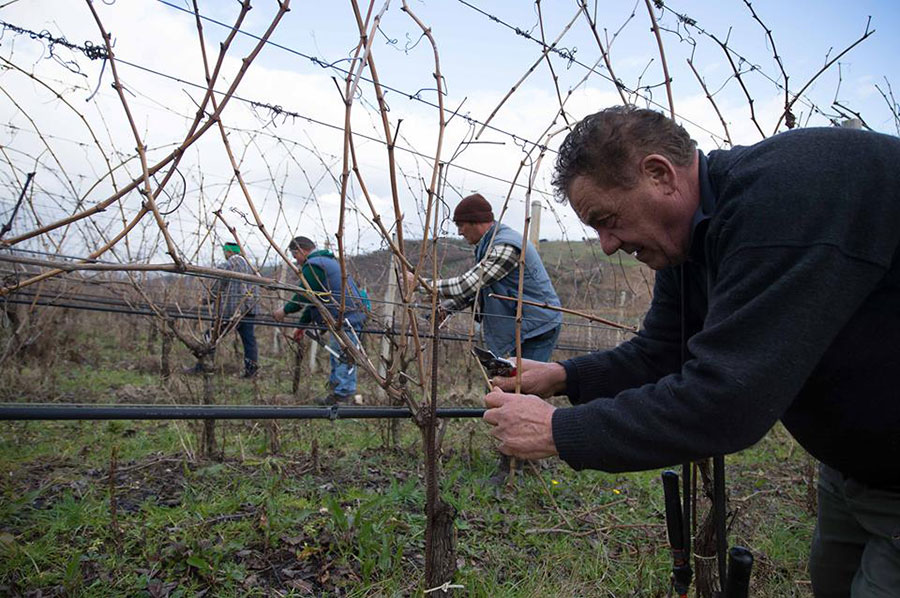 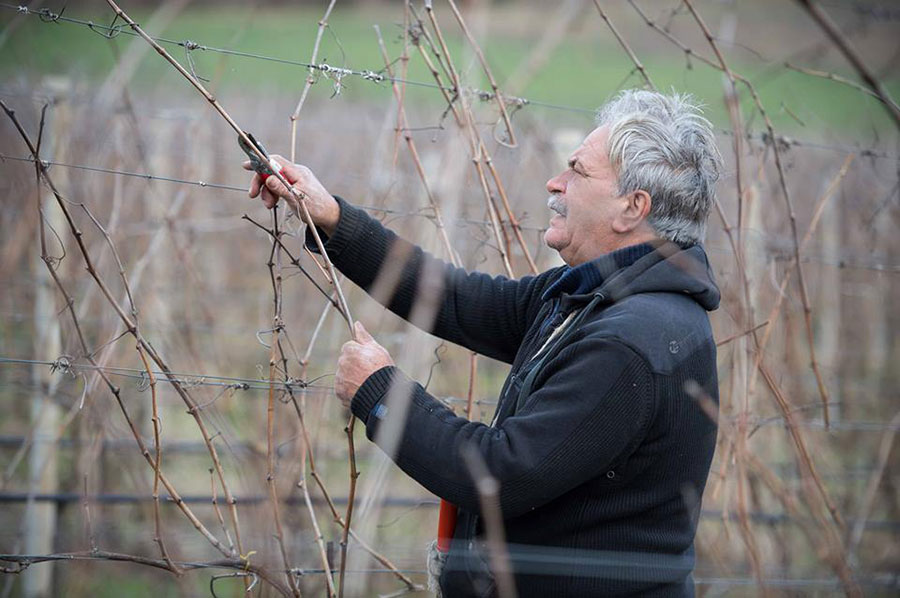 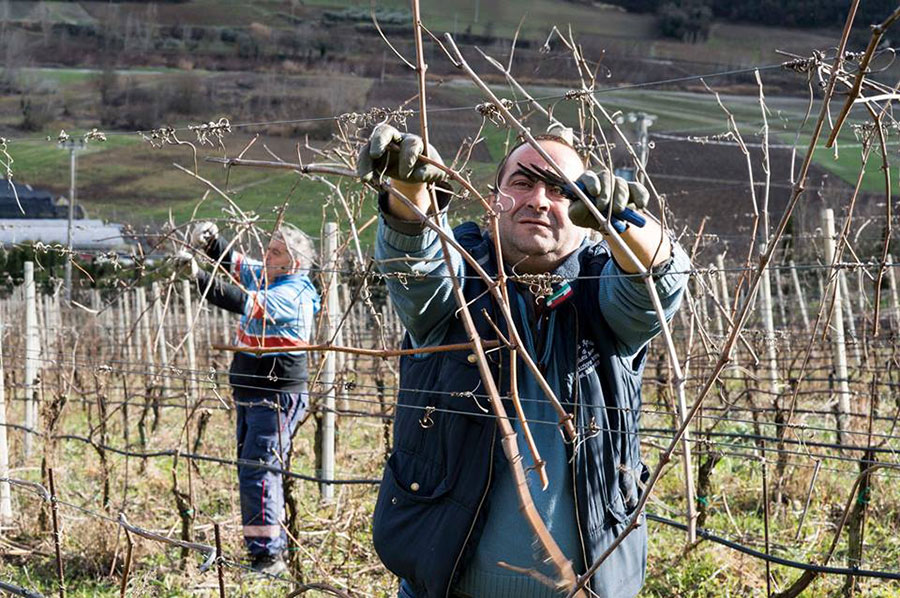 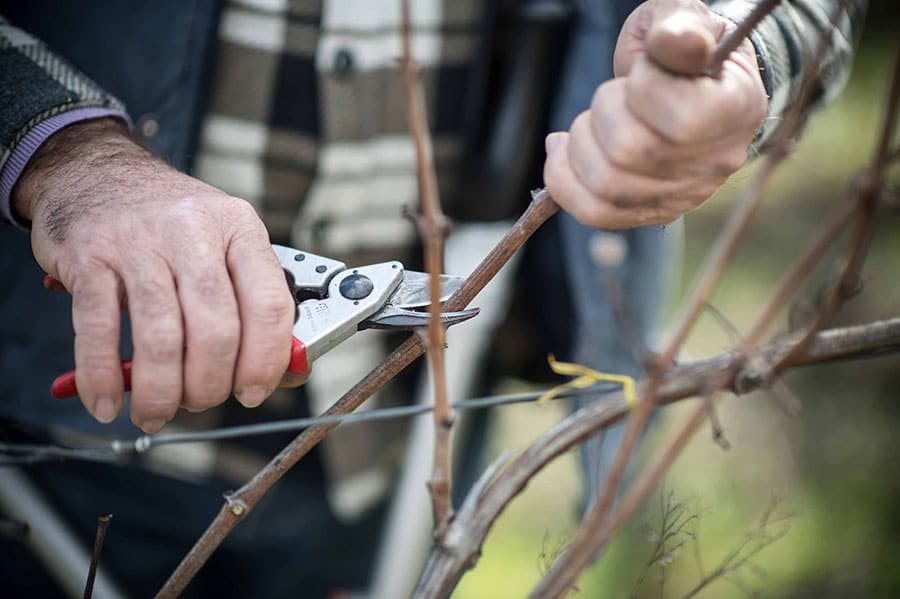